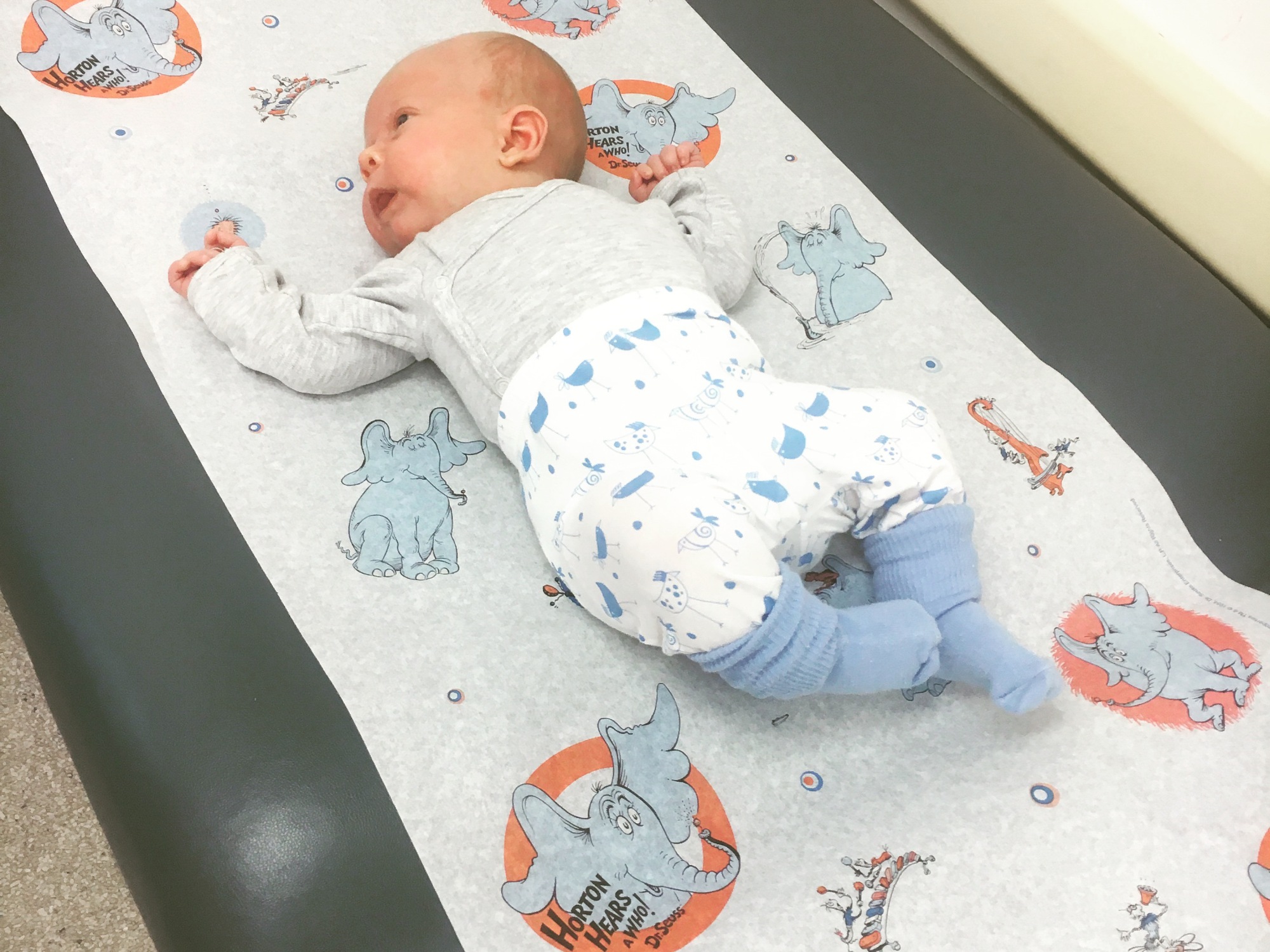 Tongue and lip ties in newborns are discussed more these days, but, that doesn’t mean your doctor will necessarily diagnose it. Today’s post comes from a mom who shares her daughter’s experience with having a lip tie, the feeding and speech issues that can come with it and her determined research to find an answer for her daughter.

This mom asked to stay anonymous since we are sharing her daughter’s health history, which I wanted to mention in case you wonder why I haven’t introduced the family or added in family photos. Health can be an extremely personal topic and I am so happy that this mom was willing to share her story – I know it will help out other new parents who may be in the dark about why their newborn isn’t nursing well or why their baby seems very disinterested in solid foods. It’s also good for other parents to read about a mom who trusted her instinct about her daughter’s health as she continued searching for an answer.

“My daughter struggled with breastfeeding and was diagnosed with GERD at five weeks ([ties and GERD] are related — inefficient sucking causes the mouth to take in too much air, which in turn causes gas and reflux). She had (and still has) significant delays with eating — it turns out that she has sensory processing issues in her mouth, as well as low muscle tone. Before I learned this, though, I became increasingly concerned that something was off because she was so resistant to and disinterested in solid foods. I didn’t know anyone else who faced this particular issue, and my pediatrician was very “wait and see.”

When my daughter was almost a year old, I spoke to another mom whose daughter was a similar age and also had GERD. The mom randomly mentioned how her daughter had a tongue tie reversal as an infant. I had no idea what she was talking about — I literally thought a tongue tie meant a person’s tongue was twisted at the end! But because our daughters both had GERD, I read about ties and looked at a lot of pictures. Sure enough, when I checked under my daughter’s upper lip, I saw a lip tie (ties at the top are called “lip ties,” and ties on the bottom are called “tongue ties”). I read that 90% of people with lip ties also have posterior tongue ties, which are hard to see, but become very apparent when a doctor uses a simple, painless trident-like tool to expose it.

I took my daughter to the pediatrician, who agreed my daughter had a lip tie but didn’t think it was a big deal. She did not notice the posterior tongue tie. She said if I wanted to get the lip tie clipped, I could go to a pediatric dentist.

Well, I trusted my gut — I didn’t think the pediatrician was right — and did more research. There’s an excellent Facebook group called “Tongue Tie Babies Support Group,” which has more than 50,000 members. I learned so much reading posts there. Among other things, one should absolutely not go to a pediatric dentist who only treats ties occasionally, but rather find an expert — and that person should not clip the ties, because it does an incomplete job of releasing them and can lead to greater blood loss — but should go to someone who uses lasers. The Facebook group has a list of preferred providers listed by state. I ended up taking my daughter to a tie specialist on that list who also does research into the relationship between ties and GERD. He did an excellent job.

The lasering process takes five minutes, but it’s an agonizing five minutes. Our daughter did not need to be sedated, but older children would need to be. Ten minutes after the procedure was over, my daughter smiled, and I could, for the first time, see her teeth. Her smile used to be so tight. It was an incredible difference.

Ties are genetic, and they vary in severity. My daughter’s ties were quite severe. Her soft spot was literally off-center because the ties torqued her skull bones to such a degree. The doctor looked at my mouth, and sure enough, I have ties, too, but mine are less limiting and do not need to be treated.

The thing is, though, releasing the ties is just the first step. Babies start practicing sucking in utero. When the ties are released, a child has to literally relearn how to use his/her mouth. Soon after the procedure (and preferable before, too), a child should see a cranial sacral therapist. That’s a physical therapist who specializes in the skull and pelvic floor (interestingly, the jaw and the pelvic floor are aligned, so if one is off, the other is, too). It can take years to see significant improvement.

Ties used to be routinely looked for and corrected at birth by midwives, but when formula became more popular in the 1940s and 1950s, practitioners stopped treating them, since bottle feeding is easier for infants. Breastfeeding has become popular again, but pediatricians are not trained to look for or diagnose ties. Two doctors and three lactation consultants missed them in my daughter, even though the warning signs were there.

Ties that remain untreated can cause feeding delays, speech impairments, and later in life, sleep apnea. The younger a child is treated, the easier the healing process is.”

Thank you again so much to this mom for sharing her story. And, please, share this too – you never know who this might help. As parents, there is so much we are constantly trying to learn and know about – as you read here, it took talking to another mom for this mom to realize there was a diagnosis and a solution for her daughter.

And, here again is the link to the “Tongue Tie Babies Support Group” on Facebook.

One thought on “Baby Health”